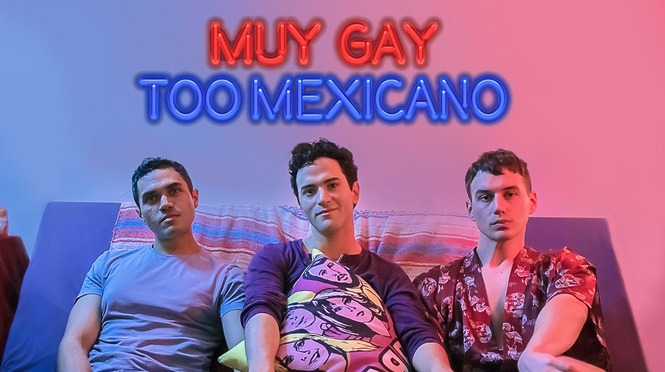 Muy Gay Too Mexicano is a fun short that explores how two different, seemingly opposite identities can inhabit one person. Abel Benitez plays Juan Daniel aka JD. JD was born in Mexico City but raised in a small town just outside. He is the only one in his family in America and has completely adapted to the American way of life.

He’s also gay, and as he gets ready for his 2nd (or 3rd depending) date his friends Juan (Juan Carlos Sanchez) and Daniel (Casey Thibodaux) help prepare him for the night. Juan is very Latine and Daniel – the more femme of the two) mocks his machismo.

As the film goes on we learn that these friends play a much bigger role in JD’s life as he attempts to define himself and what his needs and wants are. It’s a beautifully done exploration of connecting to your culture and your community, even when both seem to be separate.

Muy Gay Too Mexicano is playing on HBO Max.